As a 1970s kid in Chappaqua, NY, Andy Baum grew up to a soundtrack of AM radio feel-good vibes or, as Andy puts it, "the songs you heard in the back seat when your parents were driving." The Beatles. McCartney. Billy Joel. Elton John. Cat Stevens. As he got older and became an accomplished singer, pianist, guitarist and songwriter, those artists were his inspirations.

When the working world beckoned, Andy landed jobs at a couple of big name record companies, with some big name artists. Which was fun. But all along, he kept writing and performing, solo and with bands, on the NYC club circuit. Eventually, he put out an album of his own originals, Release.

In 2004, a musician friend who'd been playing kids' parties suggested he jump in, too. So he did, paying his dues in gyms and classes. Soon enough, moms'-word-of-mouth had him singing and strumming at parties and playgroups all over town, and Rockin' With Andy was a full-time gig.

Andy believes kids can like "real" music. Even when he plays classic kids' tunes, he sings them in a way that respects kids for who they are. "Childlike doesn't mean childish," he says. "Children aren't apprentice grown-ups. They're smart. They know what good music is. Music can be so meaningful, and it's a mistake to diminish it by singing down to them. They appreciate it more when they see that I enjoy it, and that mom and dad enjoy it."

Naturally, Andy knows all your kids' favorites. "When I'm singing, I've got about a two-second window to get their attention and hold it," he says, "where a kid thinks, 'I know this! I love this!'" He'll throw in a few of your old faves, too, to keep you having fun. And Andy, being a grown-up himself, still likes to play for other grown-ups.

So, what's next? How about some original kids' songs, Andy? "Very soon," he says, with a chuckle. Stay tuned for more rockin' to come. 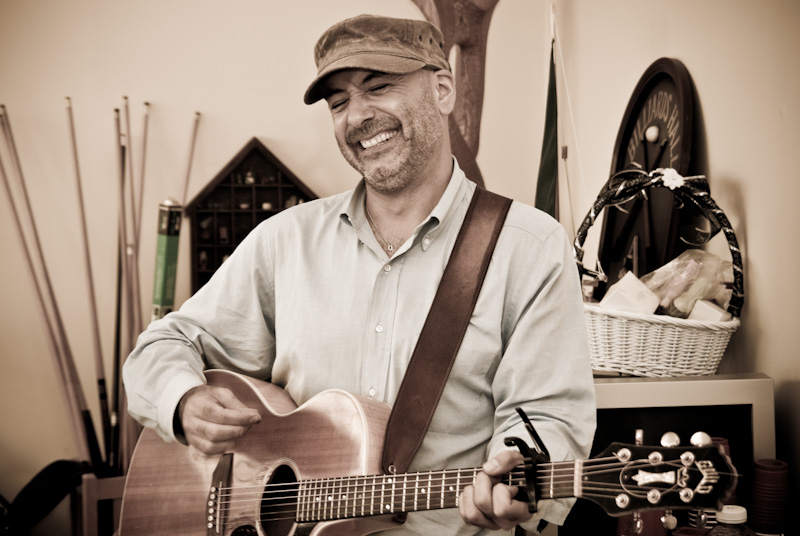